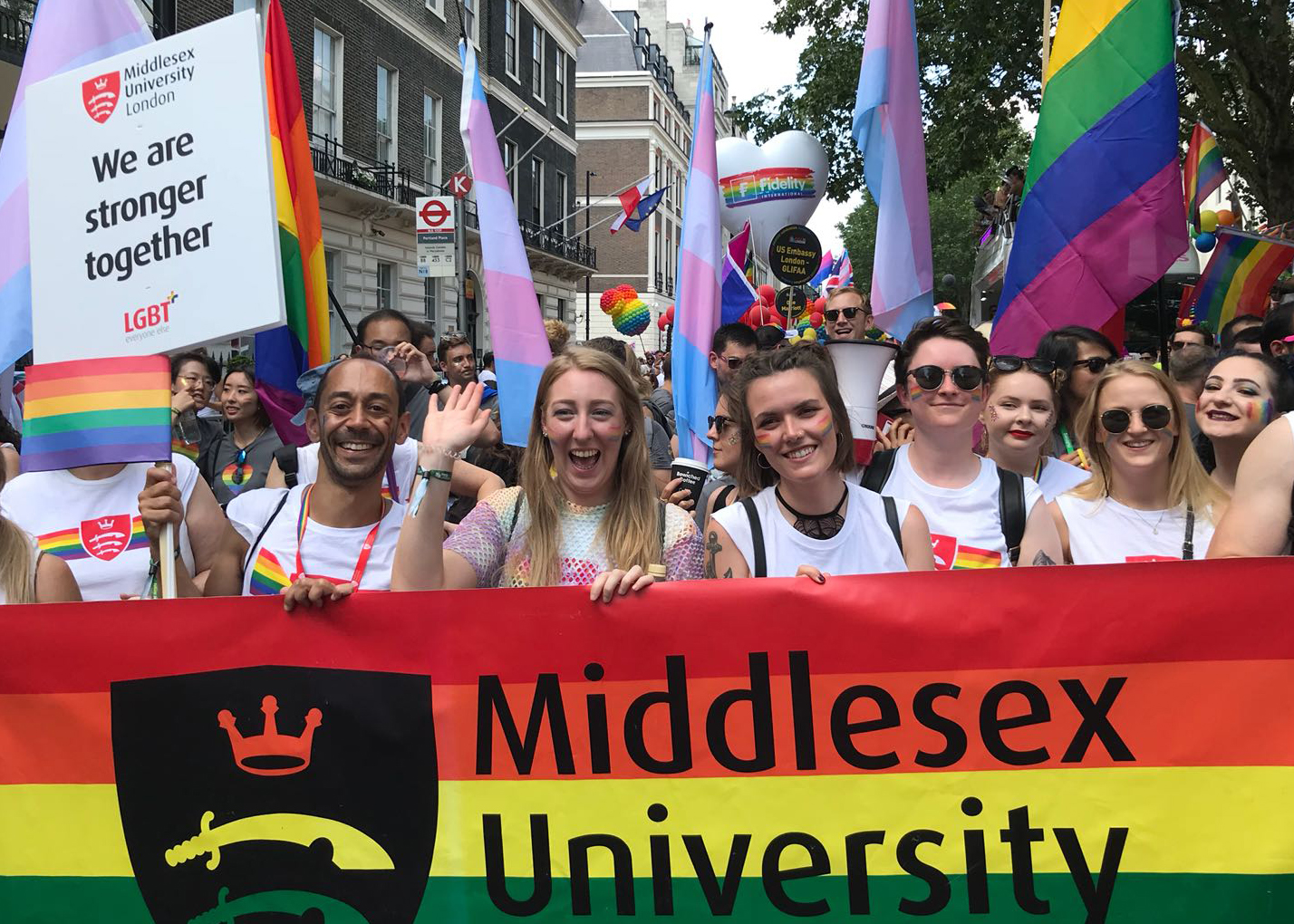 On the 6th of July 2019, MiddlesexUniversity marched at the LGBT+Pride Parade in London to show their support for the cause. Inês Viola covers the event.

Middlesex University frequently celebrates its LGBT+ community, and the university has had active participation in London’sPride Parade since at least 2016. Natalie Rose, a student at MiddlesexUniversity and Editor in Chief of The Echo, talked of her experience on the day, saying that it was really “a chance to feel proud.”The “feeling of solidarity” that she felt between the students and staff that were there was “amazing”, and it was great to see all the organisations that are “helping to create a more inclusive and accepting community” by showing support for their LGBT+ staff, members and students.

Lisa Hunt, President of MDXSU’sLGBT Liberation Group, argued that it was important for MiddlesexUniversity to continue its tradition of participating in the PrideParade considering the “dynamic diversity” on campus. She hopes to re-establish “a prominent committee” as it was two years ago, including “frequent movie screenings and meetings”.The campus is “a place of love, friendship and safety for a lot of people.”

With her plans, she hopes to “create that space where people can feel themselves.”Regarding the future of the Pride Parade, Natalie Rose commented that “there’s been a small move towards‘showmanship’” with some corporate organisations trying to showboat themselves as “accepting” by spending large amounts on their floats.

Although she argued, it’s “a waste of our time” to worry about this when instead we must be “celebrating the positive direction we’re moving in.”There has been an extensive number of other events throughout the year which have been focused on inclusivity for these communities and sexual health education.

This includes the Night of Controversy, a night of performances and sexual education. This evening was an idea first started by EricaRamos, VP for Business and Law2017-2019, as part of her campaign to raise awareness of these issues. All the proceeds of these events were donated to various charities, including Coppafeel, a charity focusing on breast cancer awareness based in London. The performances of the evening included burlesque acts and sexual health quizzes. They also occasionally included performances from drag queens.

No confirmation has been given on whether the Night of Controversywill continues next year.